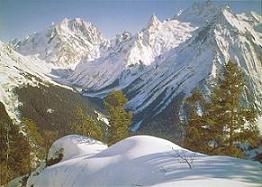 Stavropol (Ста́врополь) is a city located in south-western Russia and is the administrative center of Stavropol Krai. Stavropol Territory is located in southern European Russia in the central Caucasian foothills. It shares a border with Georgia and the republics of North Ossetia, Karbardino-Balkaria, Kalmykia, Dagestan, Ingushetia and Chechnya. Most of the region is covered by forest.

The climate in Stavropol is very moderate and clement. In the August the temperature goes up to 25C, and in winter it rarely gets colder than -6C. 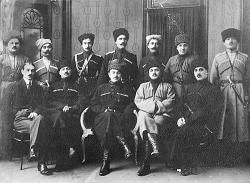 Stavropol was founded in 1777 following the Russo-Turkish War of 1768–1774 as a military encampment and designated as a city in 1785. Prince Grigory Potemkin, who founded Stavropol as one of ten fortresses built between Azov and Mozdok at the request of Catherine II of Russia, played a leading role in the creation of the city. Don Cossacks, particularly those from the Khopersky Regiment, settled the area in and around the cities of Stavropol and Georgievsk with a mission to defend borders of the Empire.

The name "Stavropol" is a Russian rendition of a fictitious Greek name, Stauropolis (historically the name of an unrelated archbishopric in Caria, a Roman province in present Anatolia), meaning "The city of the Cross". According to a legend soldiers found a huge cross made out of stone when they were building the fortress in the future city location. Alexander I, in 1809, invited several Armenian families to settle by the fortress, in order to encourage trade in the region.

Stavropol's strategic location aided in the Russian Empire's conquest of the Caucasus. By the early 19th century the city grew into a busy trade center of the Northern Caucasus. In 1843 an Episcopal see of the Russian Orthodox Church was established in Stavropol and in 1847 the city became the administrative center of the gubernia (governorate) with the same name. 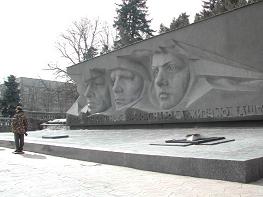 Well-known Russians who have visited or resided in Stavropol include: Generals Suvorov, Alexey Yermolov and Nikolay Raevsky, the poets Alexander Pushkin and Mikhail Lermontov, who were in political disfavor, the surgeon Nikolay Pirogov, Alexander Griboedov, Lev Tolstoy, and the national poet of Ossetia, Kosta Khetagurov.

During the Russian Civil War the city changed hands several times and finally was captured by the Red Army from the Volunteer Army of general Anton Denikin on January 29, 1920. The city was renamed Voroshilovsk on the 5th of May, 1935, after Kliment Voroshilov, but returned to its original name in 1943. The Great Patriotic War took a heavy toll on the city and between August 3, 1942 and January 21, 1943 Stavropol was occupied by the Germans. Since 1946 natural gas has been extracted near the city; later on, a pipeline to Moscow was built to supply it. The first and only executive president of the Soviet Union, Mikhail Gorbachev, was born in Stavropol Krai (region) and spent several years working in the city of Stavropol as the head of the Krai's administration.

Stavropol nestles in the heart of the northern Caucasus mountain range. Stavropol is renowned for its beautiful flower-beds, and has one of the largest and finest city parks in Russia.

Pictures from left to right

1) Monument dedicated to the life of Nikiforaky

3) Monument dedicated to the life of A. S. Pushkin

Pictures from left to right

1) Monument dedicated to life of General A. Ermolov 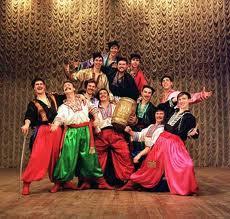 Stavropol is proud of its status as a center of education, culture and science. There are 20 city libraries, 6 museums and a theatre in the city. Stavropol is also has a football team, called Dynamo Stavropol.

Getting there and away

There are 2 main ways of getting to Stavropol, these are by train or by plane. There are direct train routes between Saint Petersburg, Moscow, Kiev and Stavropol. Trains from/to Moscow leave everyday. But beware! Trains from/to Moscow have 2 routes. The first route is through the Russian territory only, but the second one covers the Russian and Ukrainian territories (i.e., Russia-Ukraine-Russia). If you do not have a Ukrainian visa, you have to take the first route trains.

If you prefer to fly, you will need to get a plane from Saint Petersburg or Moscow to Mineralnye Vody and take a bus/minivan to Stavropol from there. There is also a small airport 15 km away from Stavropol. The Yamal Airline and Utair company fly from Moscow directly to Stavropol. There is a cheaper option to fly to the region from Moscow. Low-cost airlines, like Avianova and SkyExpress perform flights from Moscow to Krasnodar. Krasnodar is about 300 km from Stavropol, and it takes on average 4 hours to drive from there by bus or a minivan.